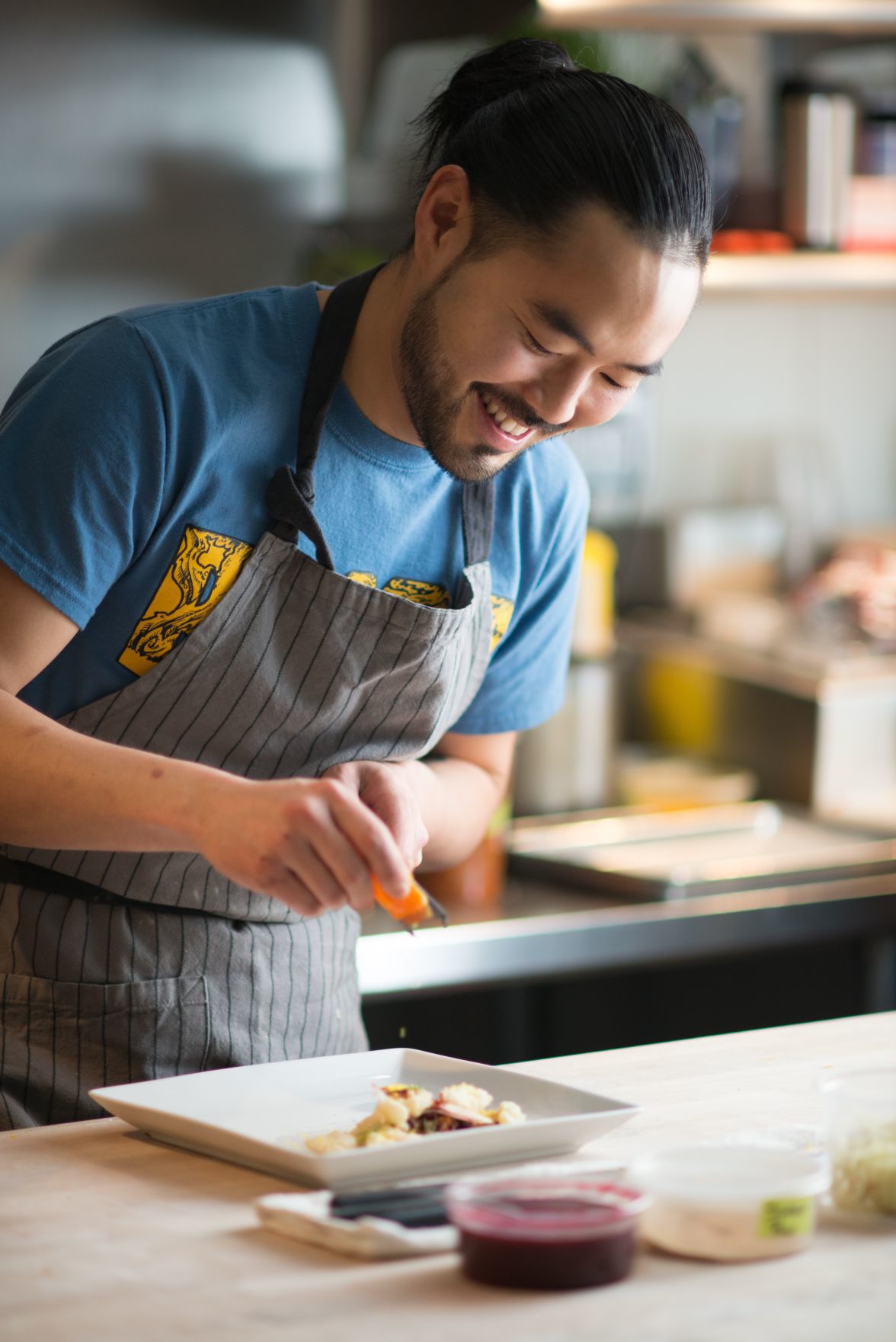 In the winter of 2014, Kris Komori was nominated for the James Beard Best Chef in the Northwest award and made it to the semi-finals. In the following year, he was nominated by Food and Magazine for the People’s Best New Chef award. In 2016, Kris Komori was yet again nominated for the prestigious James Beard Award alongside a fellow State & Lemp chef. The James Beard Award is the highest honor in the culinary world and is like the Oscar Awards for chefs. Komori attributes his culinary success to the State & Lemp’s specialized menu, which allows him and his team to try out different culinary experiments and creatively control the menu of fresh produce. State & Lemp’s five-course evening menu comprised a wild currant with Hagerman golden trout, cured on wild herbs, Crème Fraiche, Vollkornbrot, and green peach. Since Komori had become accustomed to change in his life, State & Lemp was a great place for him. The restaurant allowed him to change the menu continually and provided the much-needed change that defines much of his life. According to Komori, although sometimes he experiences challenges creatively, it is part of the joy of finally creating something that people genuinely love and doesn’t see himself working in any other industry.