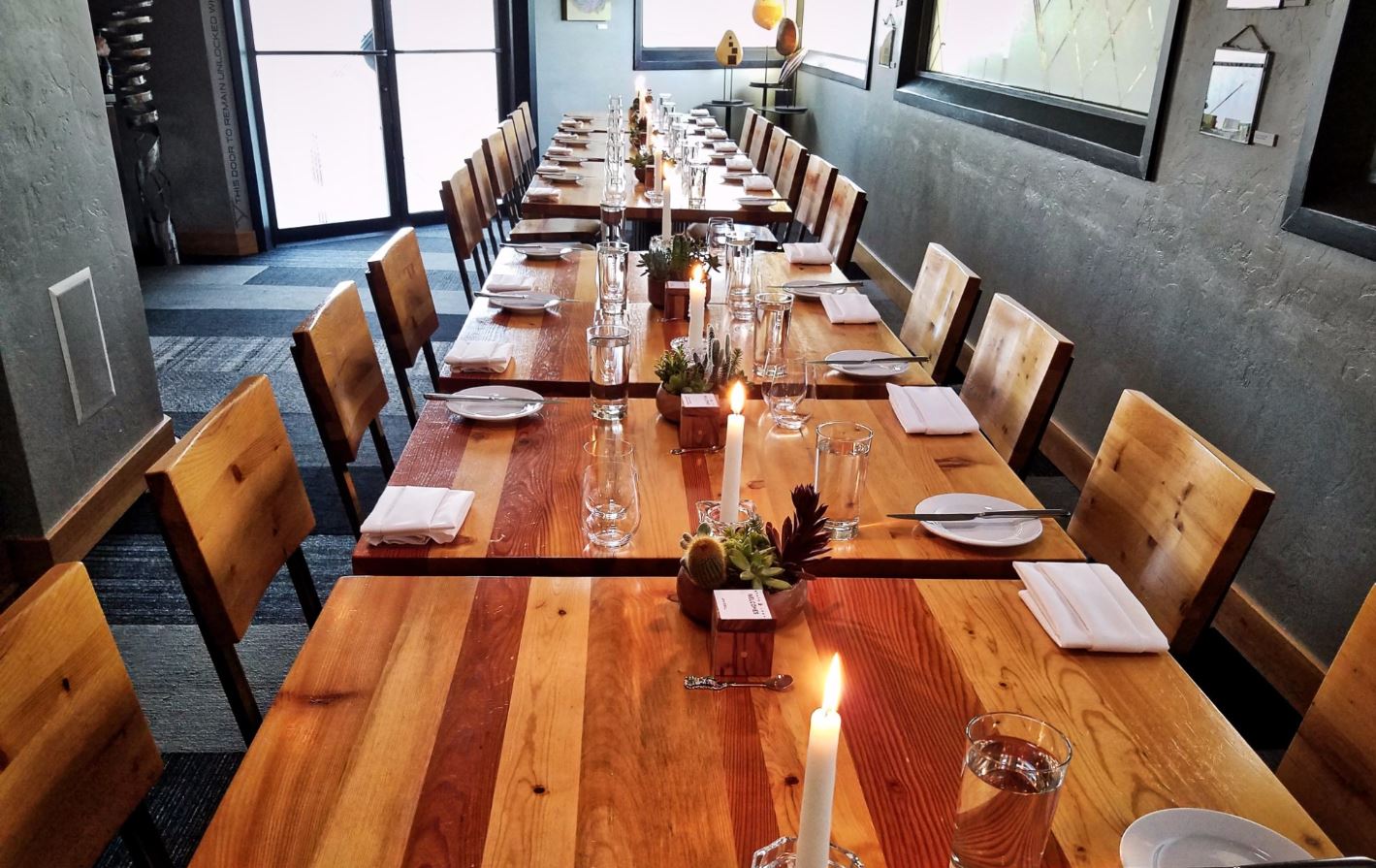 In the spring of 2019, State & Lemp closed after changing ownership. The restaurant had been doing the same thing in the same space, and most of the young, ambitious folks making up the State & Lemp were campaigning for change. Coincidentally, an upscale bistro café in Hyde Park Camel’s Crossing, was experiencing some challenges with the size of their kitchen since it was not designed for a full-scale restaurant. Camel’s Crossing owners Scott McCoy and Caitlin McCoy, together with head chef Christian Phernetton, and with a sizeable loan from Sequium, were looking to expand to a larger location. Word about Camel’s Crossing’s plans reached Kris Komori and Remi McManus, and they got in touch with the Camel group to inquire whether they would be interested in acquiring the State & Lemp property. The two parties came into an agreement regarding the transfer of ownership of the property, and Caitlyn and Scott McCoy remodeled the property as a traditional restaurant. The McCoys kept the 1304 W. Alturas Street Camel’s Crossing location, and it’s unique quirky, 1970s-inspired wine bar with an eclectic cellar and light bites and relocated their dinner operations to the second location at 2870 W. State Street. The new owners honored reservations and kept the same hours, as well as the budget-friendly pricing and format of the Saturday Night Supper Club, until the end of the year. In the following year, the new owners started making changes in small increments and making it their own but maintained the standard set by Kris Komori and his team.

Although State & Lemp has since closed, their legacy continues to live on in Boise, through the work of their successors. State & Lemp will always be remembered as the restaurant that put Boise and Idaho on the Pacific Northwest food industry map in an era dominated by the large cities of Vancouver, Seattle, and Portland.